Ultra Race / 24 Hour Round Training and Preparation by Nicky Spinks

Since 2005, when I first completed the Bob Graham (23.33 hours) I have trained and prepared for seven more 24 hour rounds. Only one of these; my first Paddy Buckley was “unsuccessful” as such (25.45 hours). I learnt a lot from those early rounds and have since completed six more successful rounds including four record rounds. A summary of the rounds and my significant Ultra races are below. 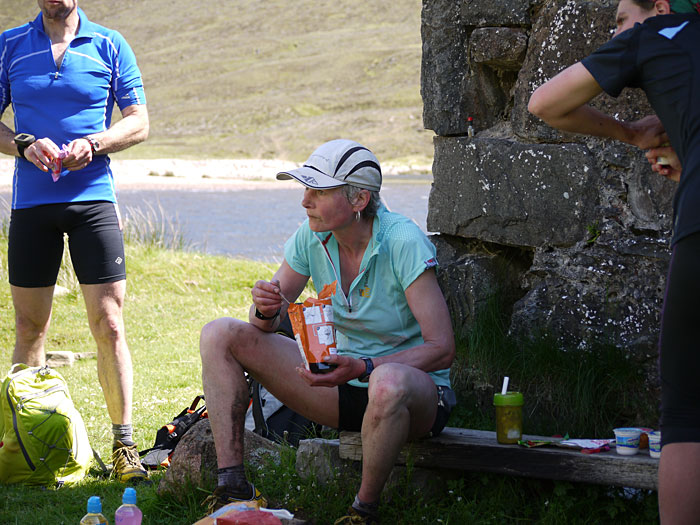 These are a few tips I would give to anyone training for an Ultra Race such as the 10Peaks Xtreme or a 24 hour round. If you would like to learn more or for some one to one tuition then come along to my training day!! www.runbg.co.uk/RunwithNicky2015.htm

1) “Get the hills in”. On the Bob Graham the longest hills you have to climb (going clockwise) are Skiddaw (100mins), Clough Head (50mins) and Yewbarrow (50 mins). Your legs have to be able to climb for so long at a sustained pace without stopping. So the only way to teach them this is to climb in training like that. If you can it’s good to train on hills that are longer ie in Wales or Scotland. If you live in the flats then do reps on small hills but it is very important to travel to the hills and do a weekend say every 4/6 weeks there.

2) That leads me onto “time on your feet”. This is spending 8 to 12 or more hours running and walking; ideally two days consecutively. This can be a local training run, racing or reccying. Long Distance Walking events are ideal for this.

3) Tapering. Do not train hard or long for at least two weeks before your attempt / race. You will not improve on your fitness and are much more likely to tire yourself out or get an injury. Use this time to do the following:

1) Amanda Heading said to me on my first Bob Graham

“Prepare for a bad spell. You might not get one, you might get it in the first hour. It hurts and you won’t want to continue. But just keep going and do what you can to improve the situation. It will pass”.

It was very good advice. I got a “bad spell” on the Langdales. I plodded along thinking I was never going to be able to get round. My stomach was churning and I felt very sick. It lasted two hours; by Bowfell I felt fine. You won’t know how it’s going to feel or how to cure it but the important thing is to have decided beforehand that you will get through it.

2) Recce and run all of the round including the last road section. You don’t want any surprises and you want to picture yourself finishing the challenge. 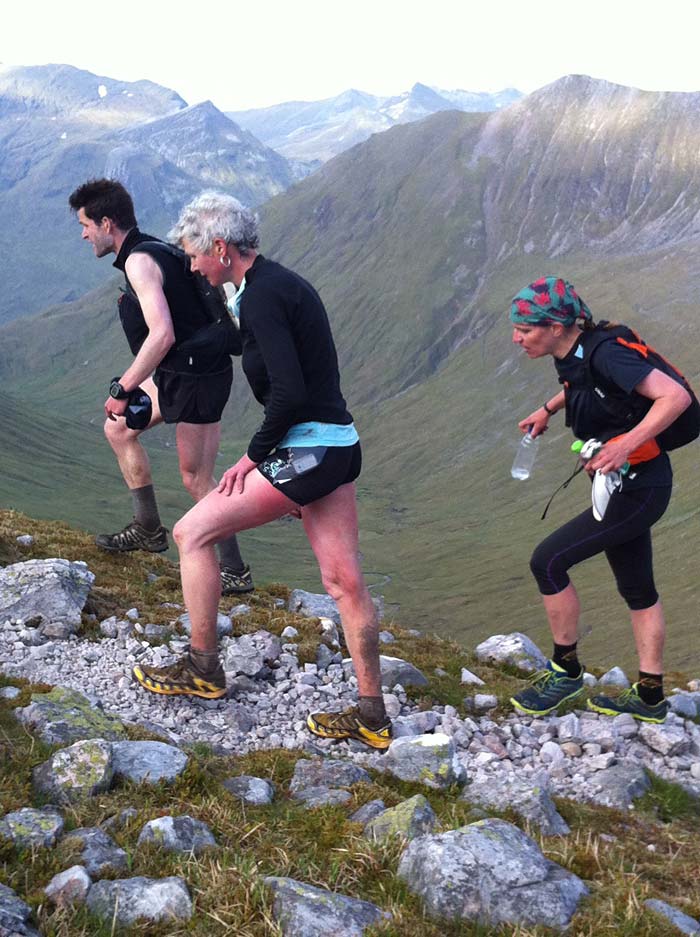 1) Try everything out before the day.

2) Pack stuff logically and keep it simple. Your supporters need to find anything you want easily. Label bags of food up for each leg. And sort clothes into groups and label up too.

1) Make your own schedule up. Don’t just use one off the internet or a friends. You don’t know where they are faster ie downhill, uphill, on the flat. And it is amazing how many errors there are in the schedules. Get a selection and compare.

2) Learn from past attempts. If 90% of people go clockwise and start at midday then that is the best way to achieve success. Your aim is to finish; not to try and reinvent the wheel.

1) Do not attempt in bad weather; that is the lesson I learnt on my 25.45 Paddy Buckley. Look for a weather window on your chosen weekend or have a backup date.

2) Set off slowly. Stick to the schedule. If you are more than 30 minutes ahead you will pay for it later.

3) Concentrate on eating. You should aim to eat every half hour if not more.

4) Listen to your supporters; they are there to help. If they suggest you haven’t eaten for ages or look cold then try to do as they say!

5) Don’t panic if things go wrong. Eat something and keep going. You never know; on leg 5 you might have a blinder and pull it out the bag. Do not give up hope.

6) People say “enjoy it”. But you are there to do a job. You owe it to yourself, your family and your supporters to do your best. 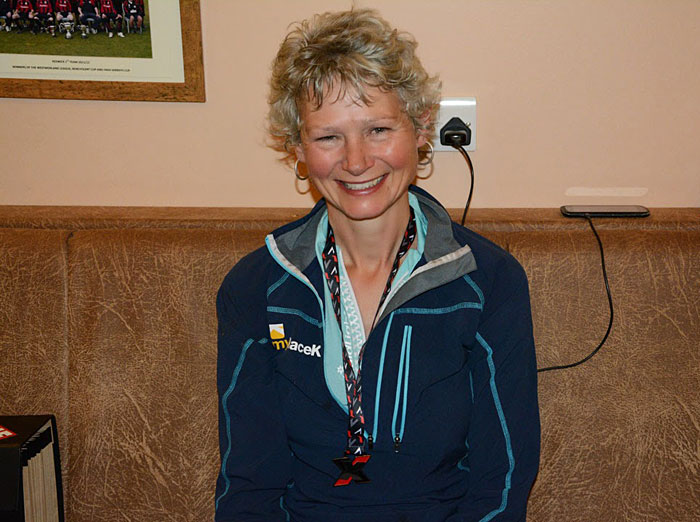 Nicky after winning the 10 Peaks Xtreme outright in June 2014

If you would like to learn more come along to my training day on Sunday 12th April
www.runbg.co.uk/RunwithNicky2015.htm